Over 12 days in December, KML’s Student Council and National Honor Society work to collect money through student involvement to support families in need. Parents, federation members, alumni, friends, and the community are encouraged to donate as well.

In December 2021, we raised for the Albrecht, Bintz, Pfund, and Westeen families. More info on these families below.

Thank you to Coffeeville Company for partnering with us again this year to support this program through the coffee fundraiser, and THANK YOU TO ALL WHO GAVE SO GENEROUSLY to help this year’s 12 Days families. What a wonderful way to share the love of our Savior through our actions!

Photos from the presentation of checks to the families who were able to join us on January 12, 2022 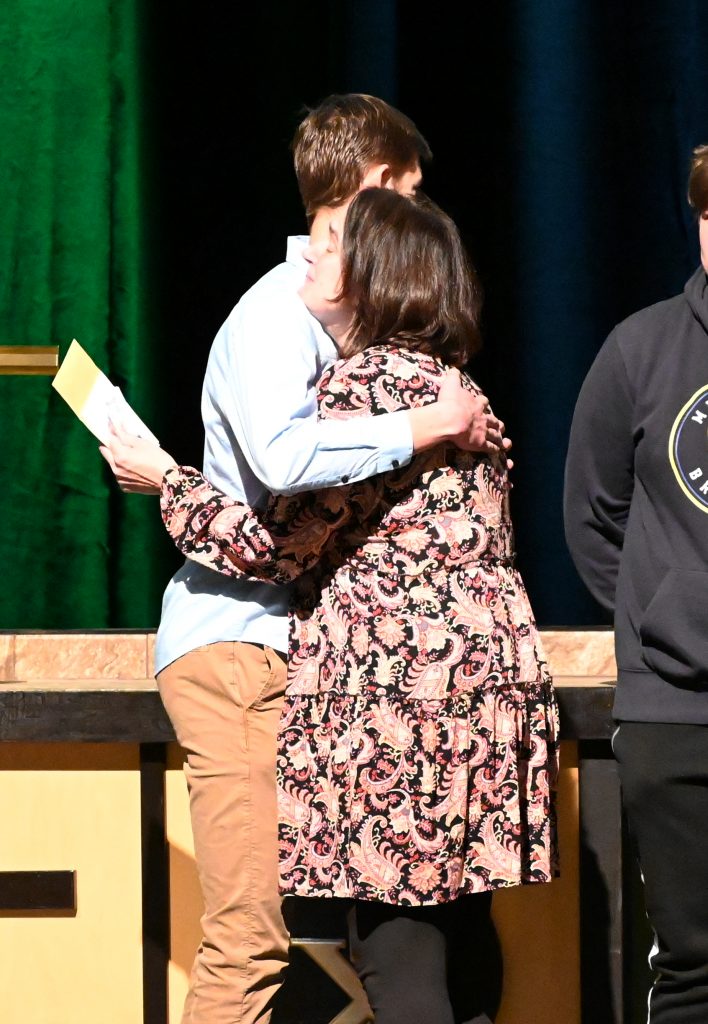 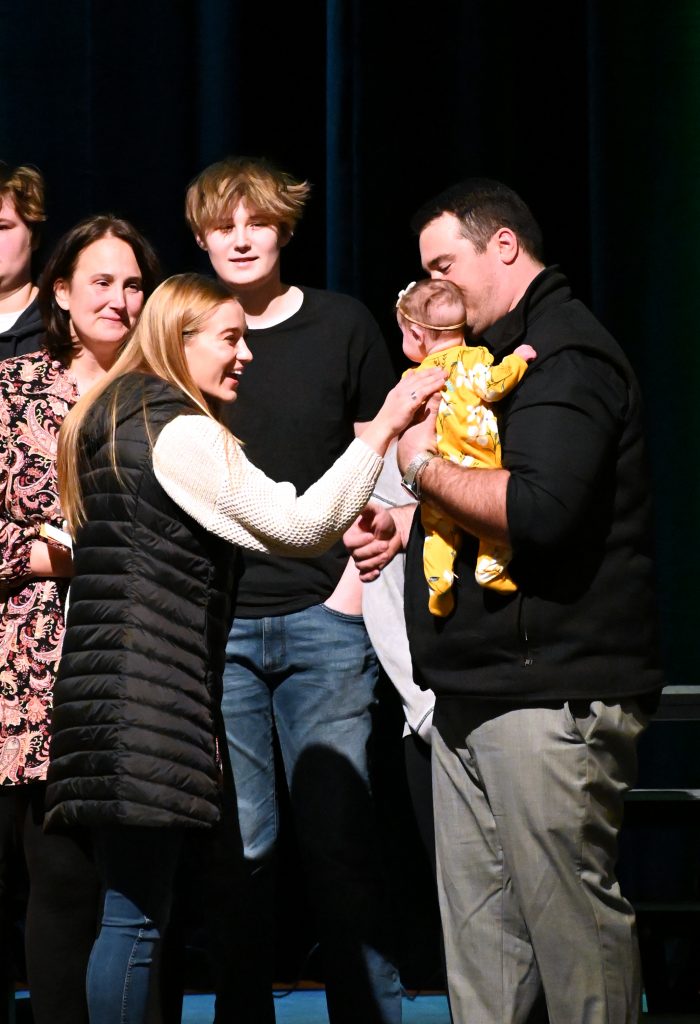 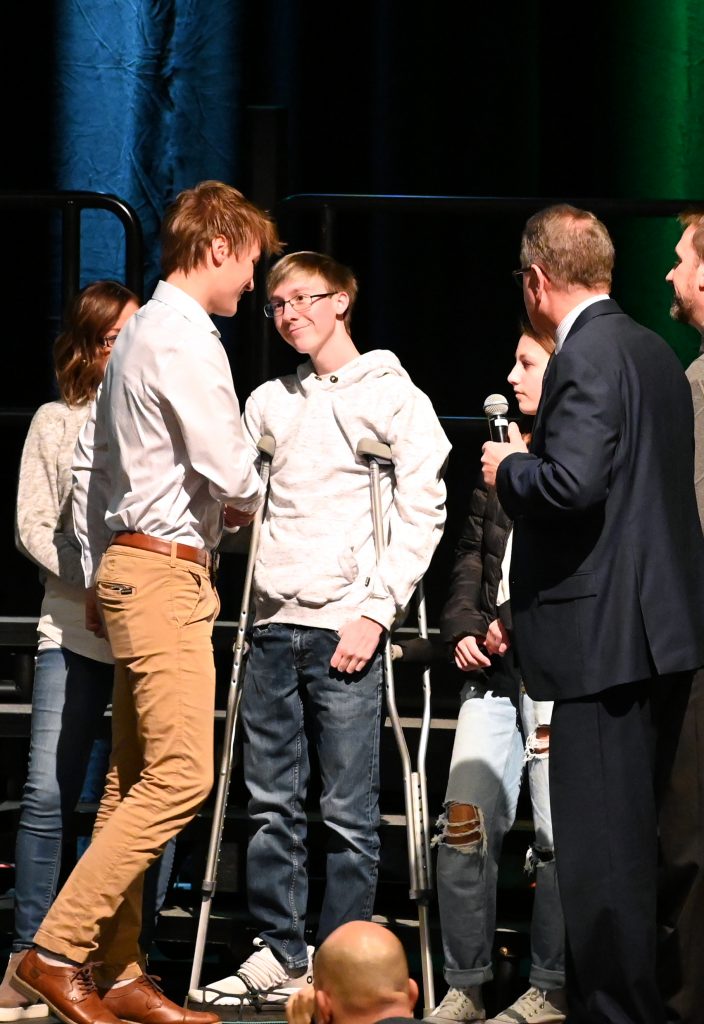 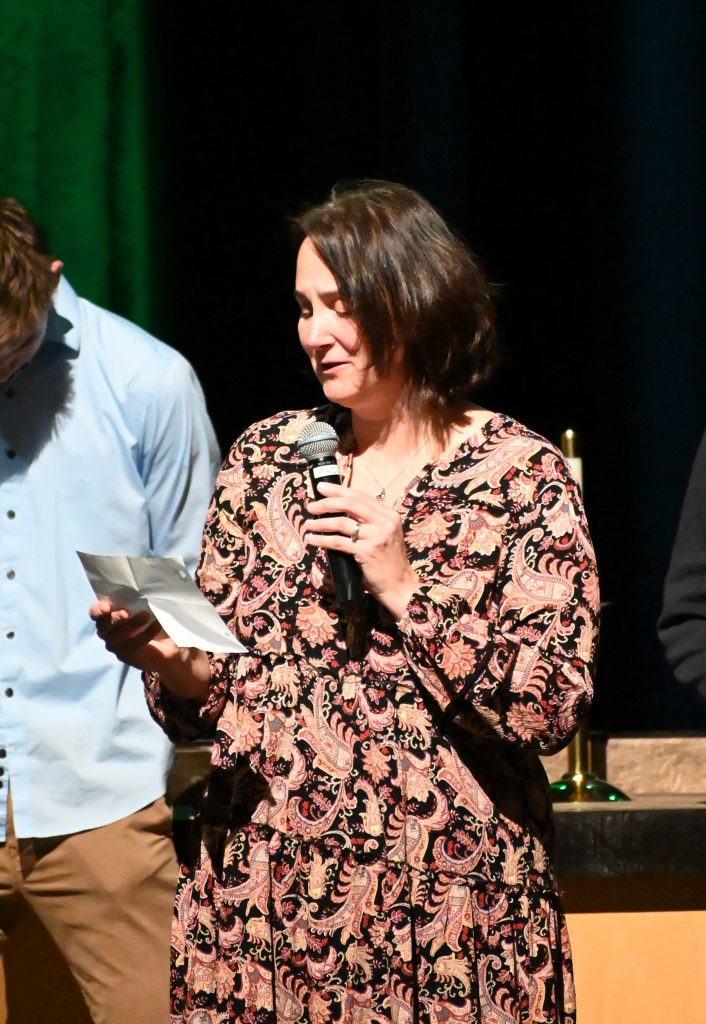 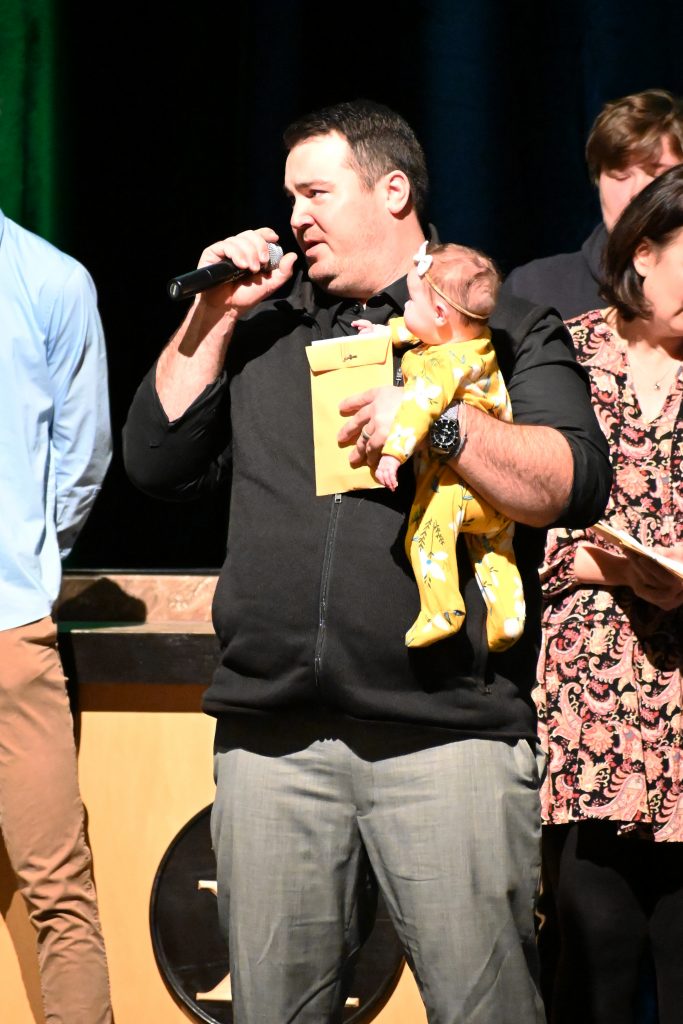 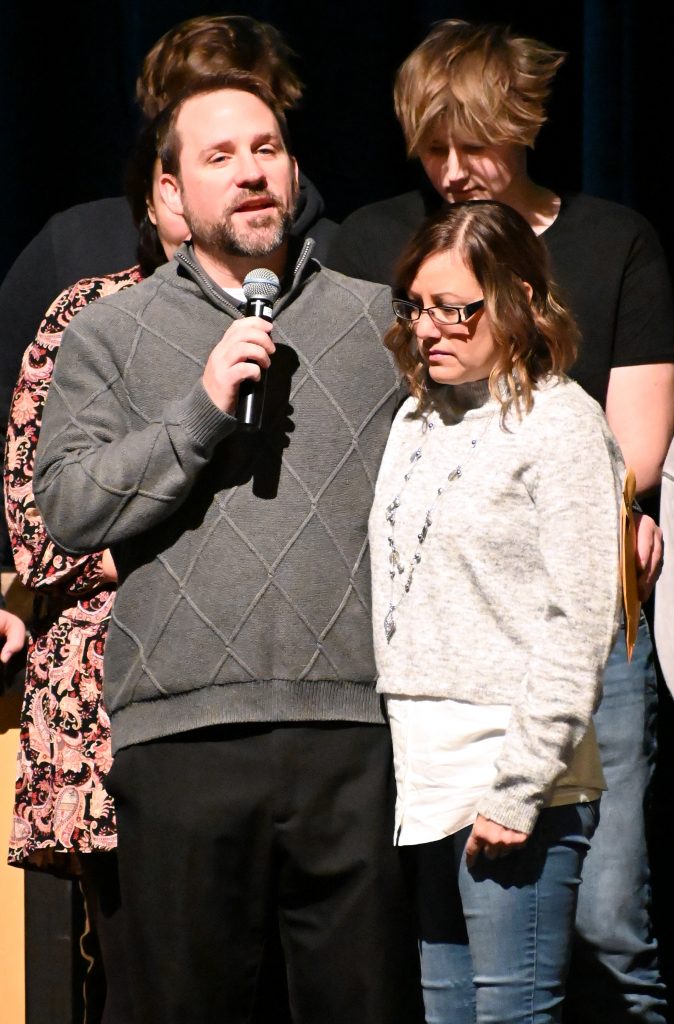 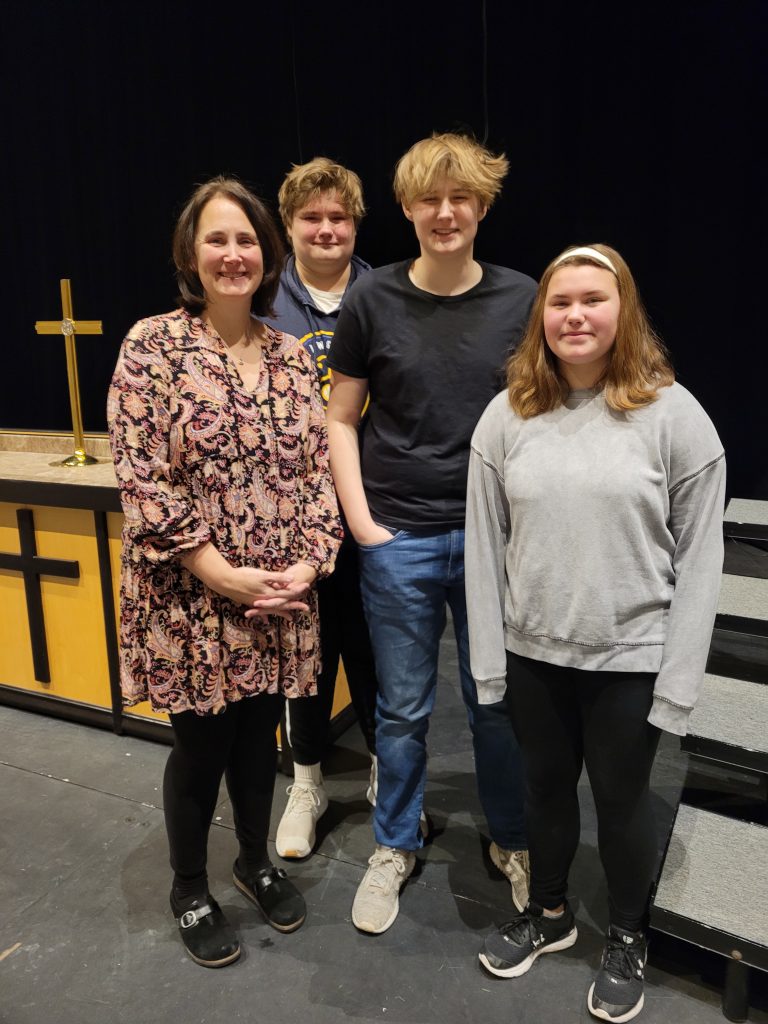 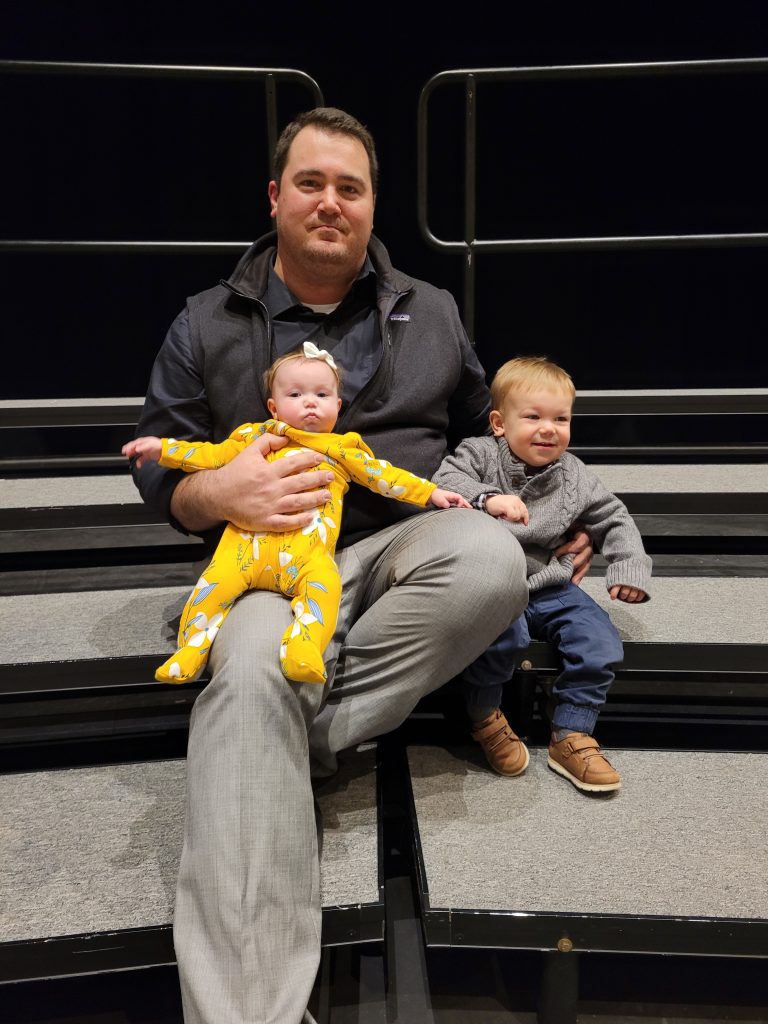 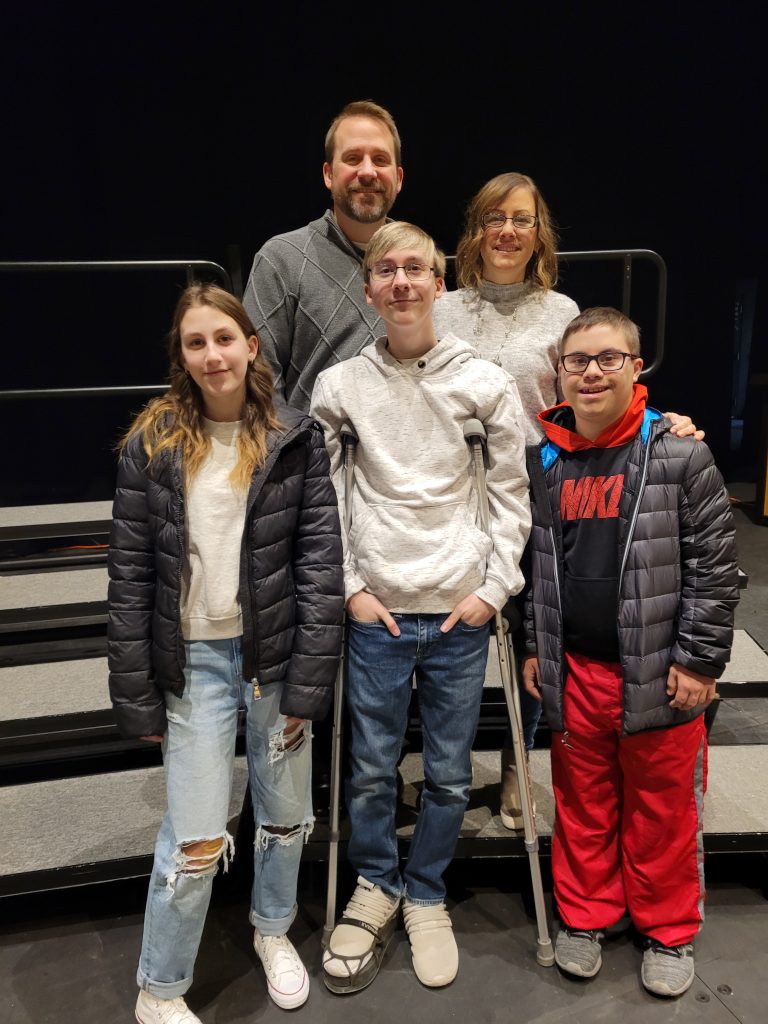 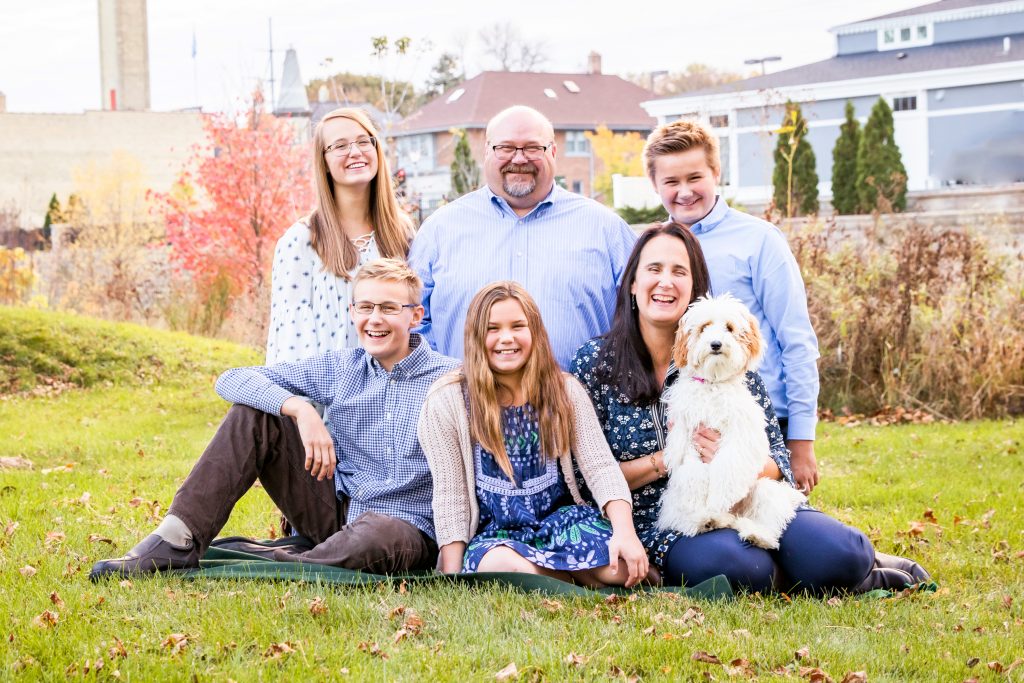 On August 15, 2021, our world was turned upside down. Nothing in this world can prepare you for the death of your husband or your dad. The person we loved so much was called home to heaven. We have learned a hard truth and reminder that our plans are not always God’s plans. Mike was a husband, father, son, brother, in-law, co-worker, friend, and teacher (with 30 years of students). We are now learning how to fit our lives into God’s perfect plan, one without Mike. He is missed every day.

We reflect on Mike’s life and how much seems missing from our lives now that he is gone. Imagine your favorite activity with a loved one and the last time you enjoyed that activity. Now imagine you’ve unknowingly done that for the last time and won’t have the opportunity to do it ever again or to say goodbye. It’s an overwhelming experience to even think about, let alone live through.

God has placed dear family and friends, church family, and school families in our lives to hold us up and remind us of God’s love.

Every day we have the promise of heaven, knowing we will see him again. When? We don’t know, but we do know our God is good. We are in God’s hands, and his plan is perfect. 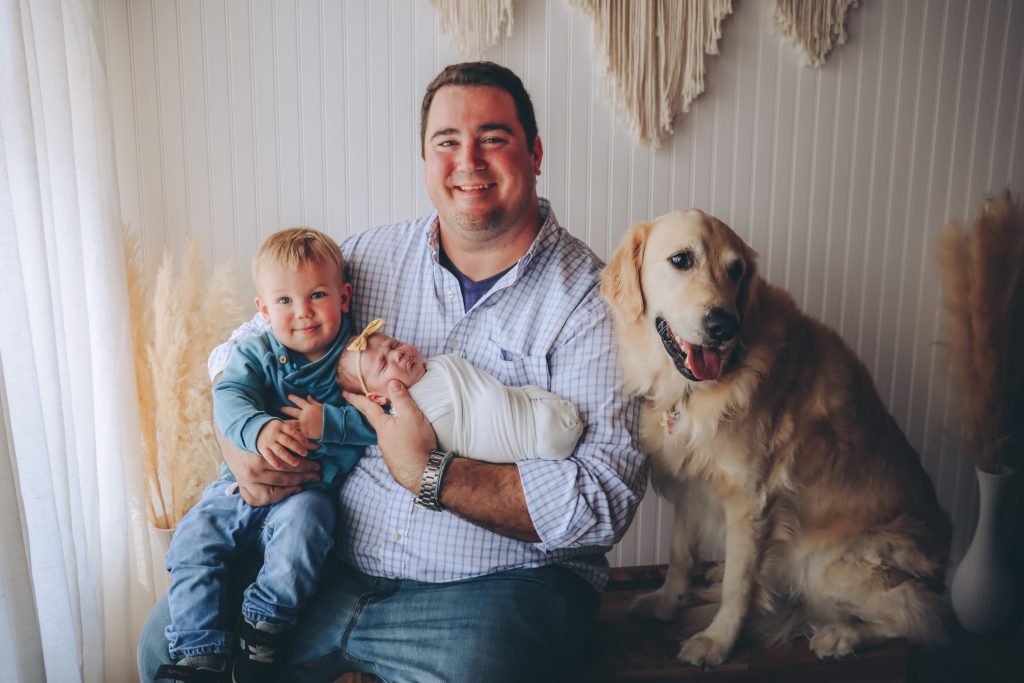 On September 1, 2021, Alicia Bintz was taken unexpectedly to her heavenly home. A medical episode led to her being rushed to the ER, and baby Kennedy was born in an extremely critical condition. After transferring hospitals to a higher level of care, Kennedy spent the following 2 weeks in the NICU.

Since joining her father, Andrew, and brother, Grayson, at home, Kennedy has been working to make a full recovery. Andrew, Grayson, and Kennedy continue to grieve the loss of their beautiful wife and mother. With many obstacles still ahead, the Bintz family asks for your continued prayers and support during this Christmas season.

On Christ the solid rock we stand. 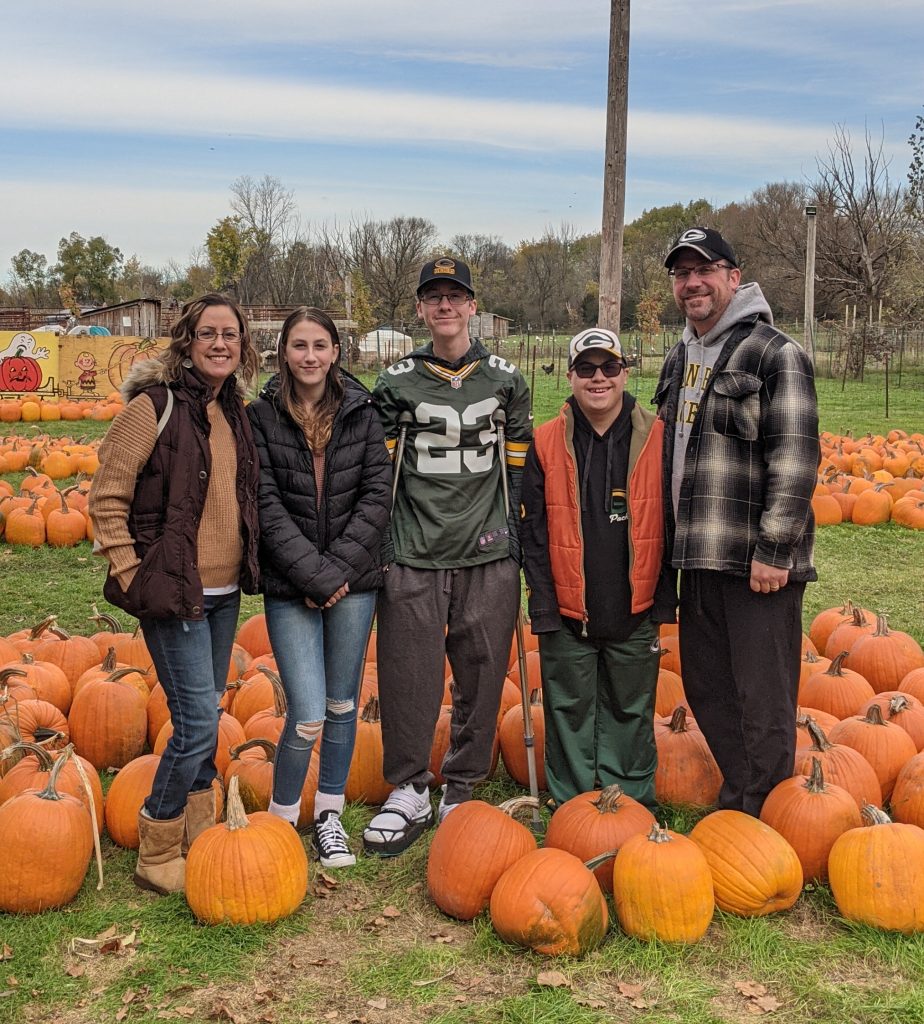 In February of 2020, Matt was diagnosed with his cancer. It started with a pain in his hip. After an MRI we received a phone call from the doctor, the call that no parent wants to receive. The doctor stated that our son may have a big malignant tumor that is of great concern. It’s a phone call that changed our lives forever.

I (Sandy) asked God for mercy and guidance. I surrendered myself and my son Matthew to him. Then I tried to figure out how to tell my husband, Ryan. I called him and realized he was as distraught as I was. Then came the hardest thing any parent would ever have or want to do, we needed to share the news with our son, Matt. This is where I say how GRATEFUL we are for having faith and love for our good Lord, how GRATEFUL we are that Matthew had been confirmed and knew God’s words, works, and promises!

But even with our faith, we are also human, and with that comes challenges. Matt was told that he would lose his right leg, but after our conversation, his response was, “It’s just a leg. I’ll still be alive, and if I die, I’ll be with God.” That was exactly what I needed to hear to know that no matter what, he would be ok.

The challenging part of COVID was that Matt was not able to meet with other kids going through the same condition he was and is still going through. Also, Ryan couldn’t spend the amount of time that he would’ve liked to spend with Matt in the hospital because our other children needed him at home.

Then came chemo, and with that came new challenges. The cancer started dying from the inside out which was such AMAZING news. Thanks to God and his mercy, they were able to save his leg and get all the cancer out during surgery.

Since then, his hip has been cancer free. However, the cancer had already spread to his lungs, and he has been on chemo treatment to try to keep the cancer from multiplying and growing. Unfortunately we have almost exhausted the medical field’s ability to eradicate the cancer from his lungs. We have one medication left before he must be submitted to trials for his rare type of cancer.

It was also surprising to me and my family to have been contacted for yet another blessing as a family for the twelve days of Christmas. We are so thankful for the love, prayers and generosity everyone is offering to us.

Tim and I (Kim) were high school sweethearts and married after 13 years of dating. We had visions of raising children and growing old together. Sometimes God has other plans than what we hope for.

We were together for over 35 years when God called Tim home. We were blessed with 3 wonderful children now ages 12, 14, and 16.

Tim had a double lung transplant just over 7 years ago. Our kids were so young then, and it was a very challenging time for all of us. The average life expectancy for lung transplant patients is 7 years. I remember the day Tim told me, “Remember, I only have 7 years.” I never really believed that, but during those 7 years, the toll on his body from the anti-rejection medications had become very apparent. In Tim’s last 2 years, we planned as much as we could for our kids’ and my future without him, but nothing can prepare someone for the emotions of loss.

Life is so different and somewhat empty without my husband and the kid’s dad here. We have had some issues where we have needed help from neighbors with various problems that we ran into around the house. Everyone has been so helpful, and I am learning a lot. I had been quite independent since Tim had his transplant, but at least he was here for us to ask questions, especially computer-related, as he had owned a computer company.

As of now, I continue to babysit in my home as I did while I was caring for Tim during his decline. I feel like our future is like a blank slate now. I have always been a detailed planner, so this is so new to me. We do have faith in God that there are still good things to come for us, and we know that we will see Tim again in heaven.