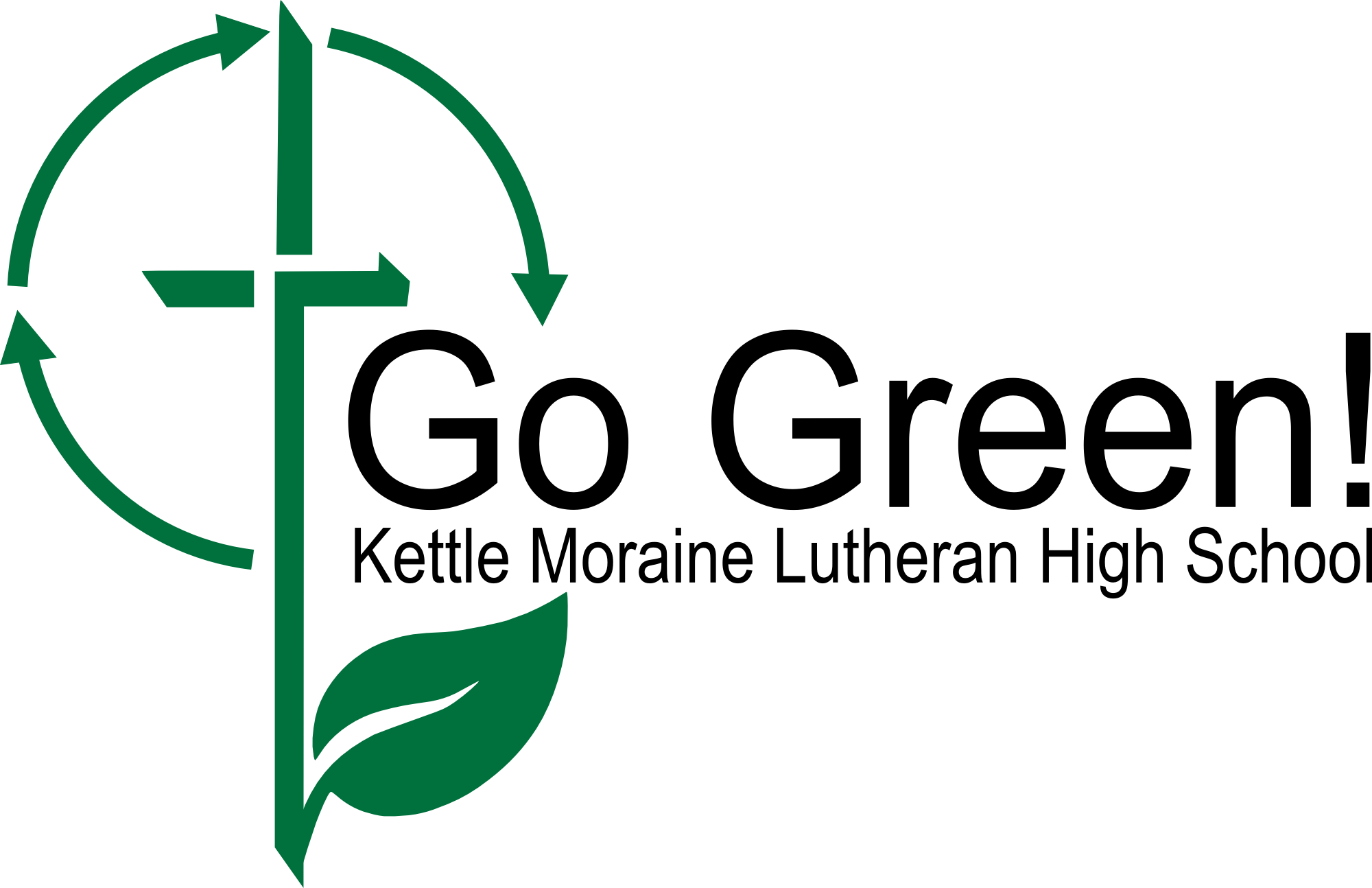 Then God said, “Let us make man in our image, in our likeness, and let them rule over the fish of the sea and the birds of the air, over the livestock, over all the earth, and over all the creatures that move along the ground.” Genesis 1:26 (NIV)

At KML, we take God’s gift of the earth seriously. Our 80+ acre campus provides us with multiple opportunities to explore and care for his creation. Our wetland environmental classroom is a cornerstone of our biological science courses. The wastewater treatment system provides an environmentally friendly way to dispose of waste and offers many study opportunities. With the addition of a solar power system, we have also reduced our energy dependence on fossil fuels. 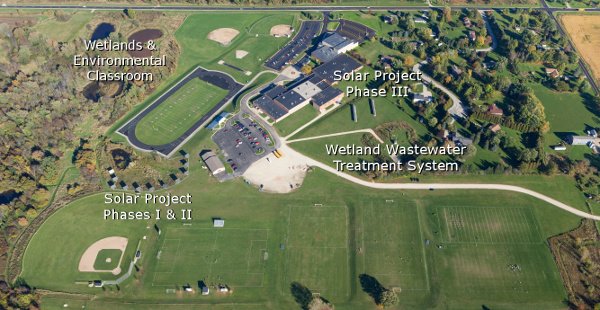 In addition, students in Environmental Science have done energy audits of the building, looking for additional ways to conserve energy.

Photovoltaic (PV) means the conversion of sunlight into electricity. KML was blessed in 2009 with grant money from three agencies to install four solar arrays (of sixteen panels), each on a mobile tracker and overlooking a retention pond. These mobile trackers follow the sun throughout the day, generating about 30% more electricity than fixed systems. The system is rated to produce 19,600 kWh annually. The energy produced by the solar arrays offsets the amount of electricity that KML uses each month. An online portal illustrates electrical usage and production. The $130,000 project was fully funded through accepted grant proposals.

Phase 2 of the “Let the Sun Shine …Let the Son Shine” project began in 2010. Seven additional trackers (and 112 more solar panels) were installed. They provide another 35,000  – 40,000 kWh annually. About 10 percent of KML’s electrical usage will be produced on our campus using renewable energy. KML has already had an energy audit, and the AP Environmental Science students are studying ways of reducing KML’s electrical usage. The $260,000 project was funded mostly by grants, with the KML auction committee providing a major gift toward paying off our portion of the cost. The system was dedicated on April 22, 2010, the 40th anniversary of Earth Day.

Phase 3 of KML’s solar project began in early June 2011. The site for the ground-mounted, 31 kW system is the hill directly behind the school. Having stationary PV allows KML students to compare and contrast electrical production with the PV trackers of the first two phases. Phase 3 will produce an estimated 40,000 kWh of power annually. Focus on Energy and We Energies are the major grantors. The system’s cost is estimated at $196,000.  Installation was performed once again by Arch Electric from Plymouth, WI.

View live data showing how much electricity our solar panels are producing by clicking HERE. 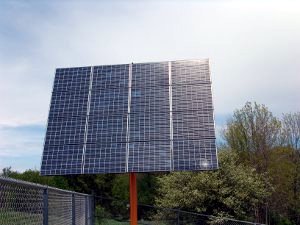 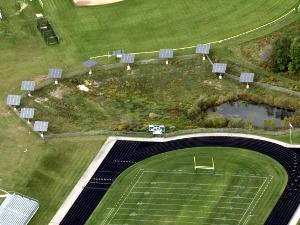 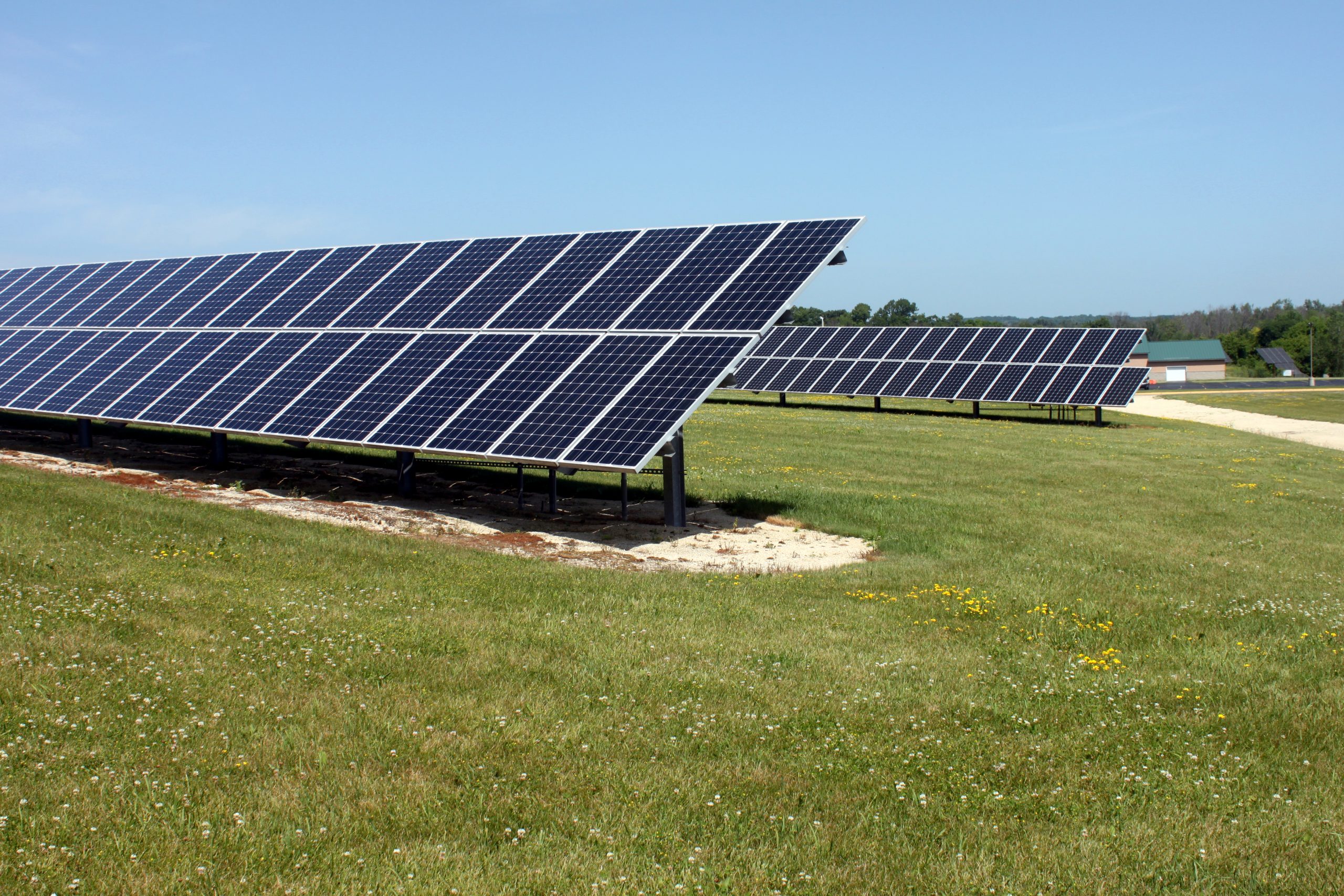 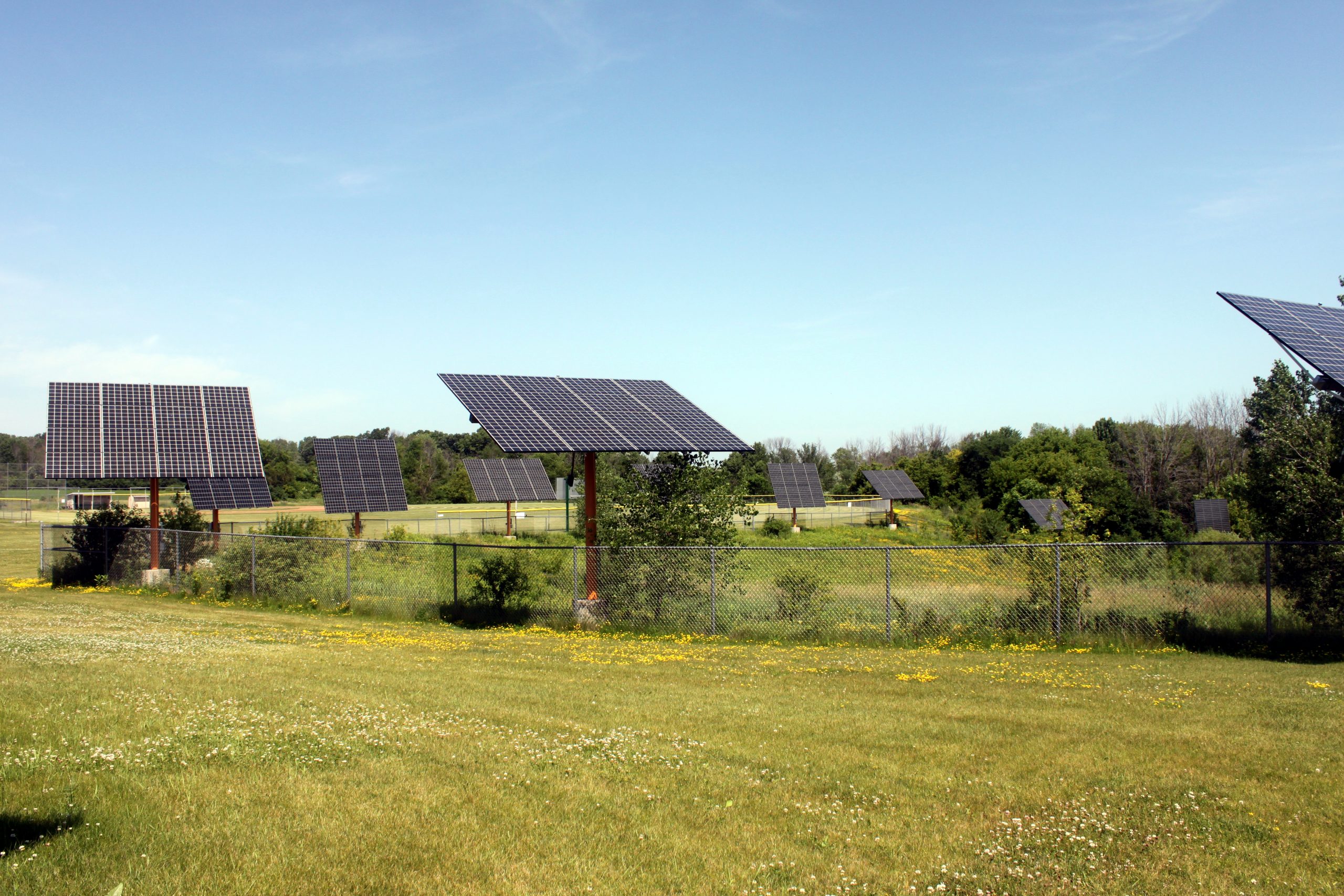 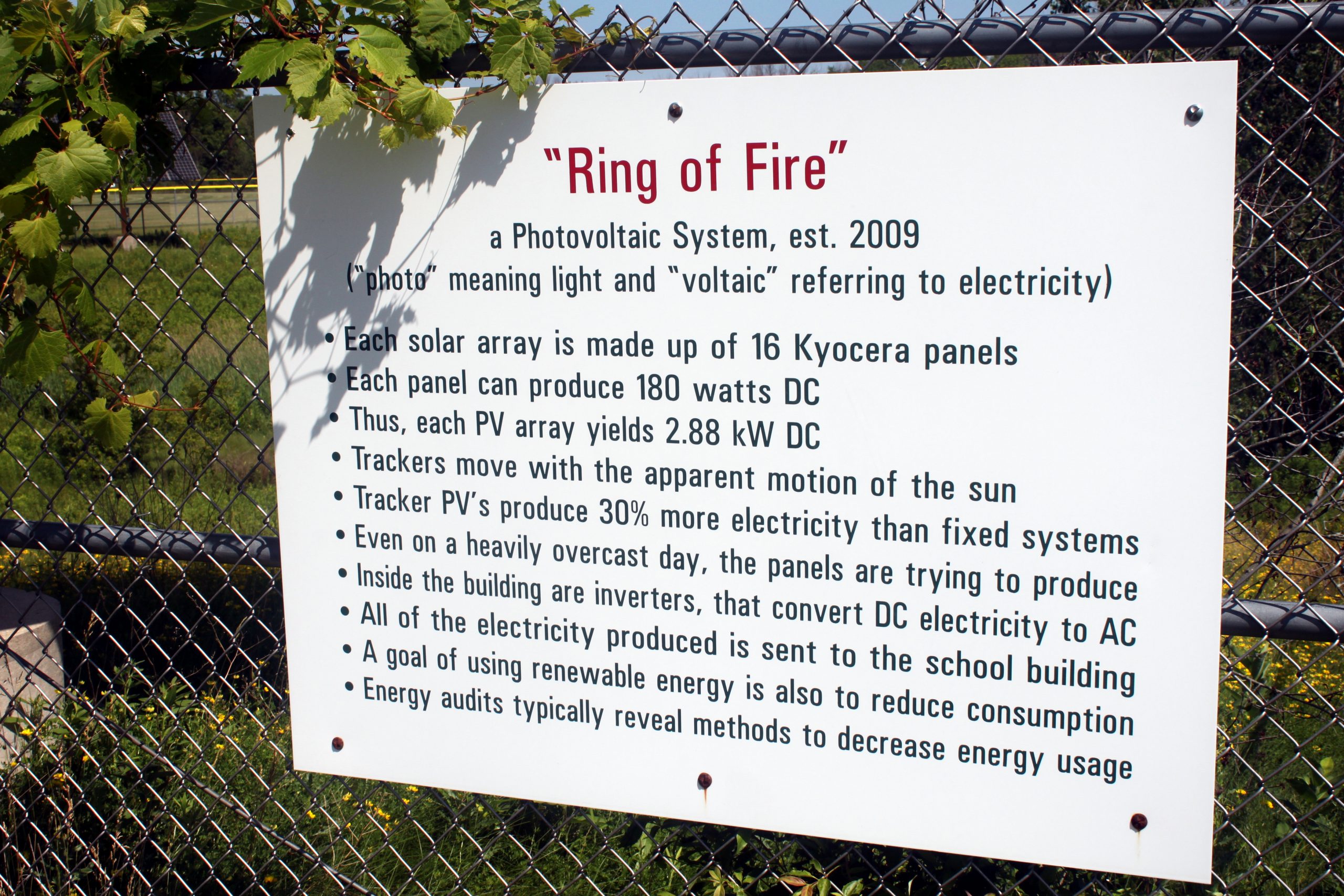 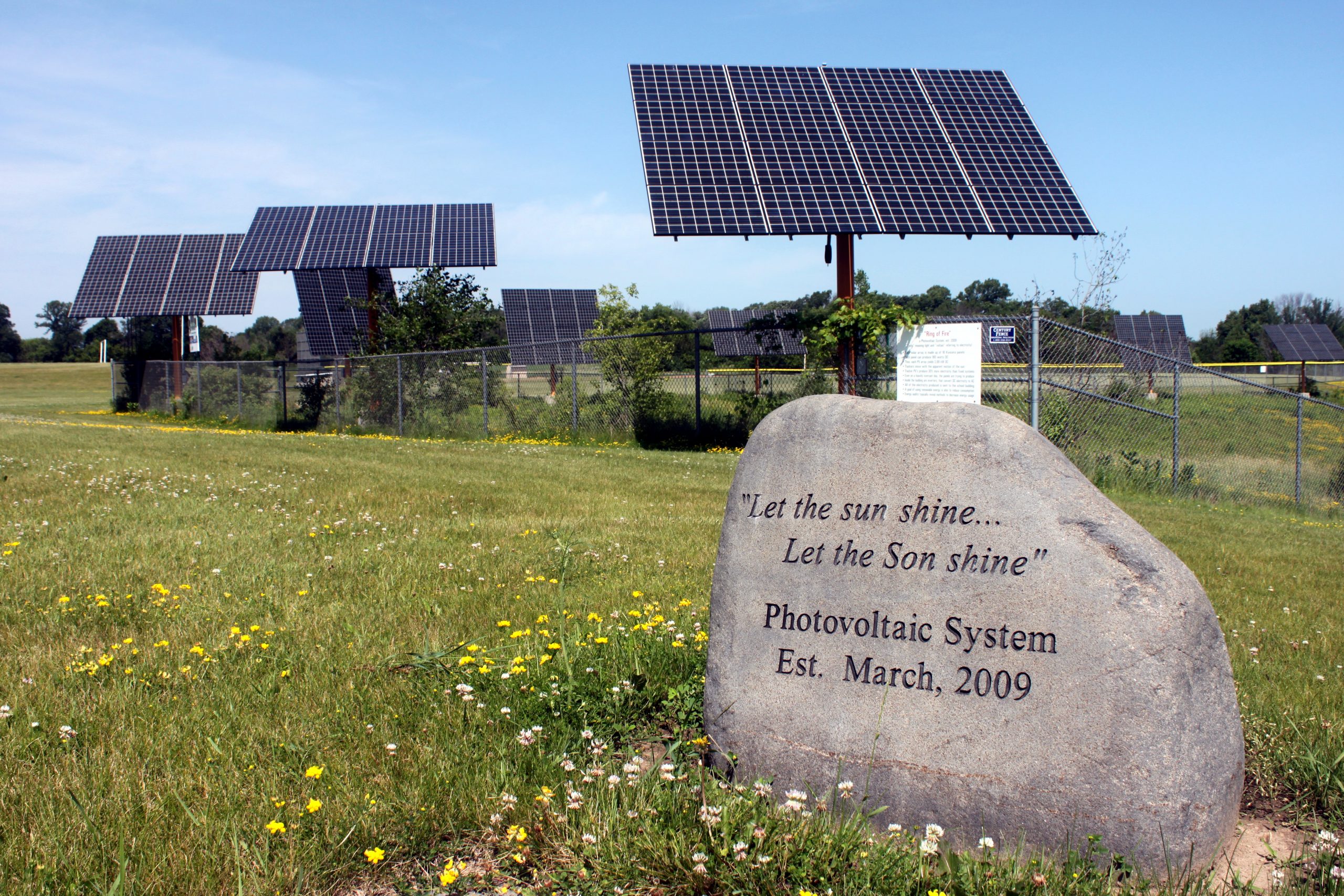 On May 7, 2001, the KML General Board approved the construction of a wetland wastewater treatment facility. With the help of Mr. Dave Flowers, who designed and built the same type of system for the Riveredge Nature Center in Newburg, WI, this engineered subsurface flow wetland wastewater treatment system enables us to purify our wastewater and return it, environmentally safe, into the groundwater. KML’s location and property make this system ideal for both our school and our environment. Furthermore, our students in Biology, Chemistry, Environmental Science, and Ecology Club benefit from the study of this system. The wetland system is a double blessing. It replaced an aging set of holding tanks used for wastewater collection. This new wastewater treatment system has no parts to wear out, is 100% friendly to the environment, and has a life expectancy of over 30 years. 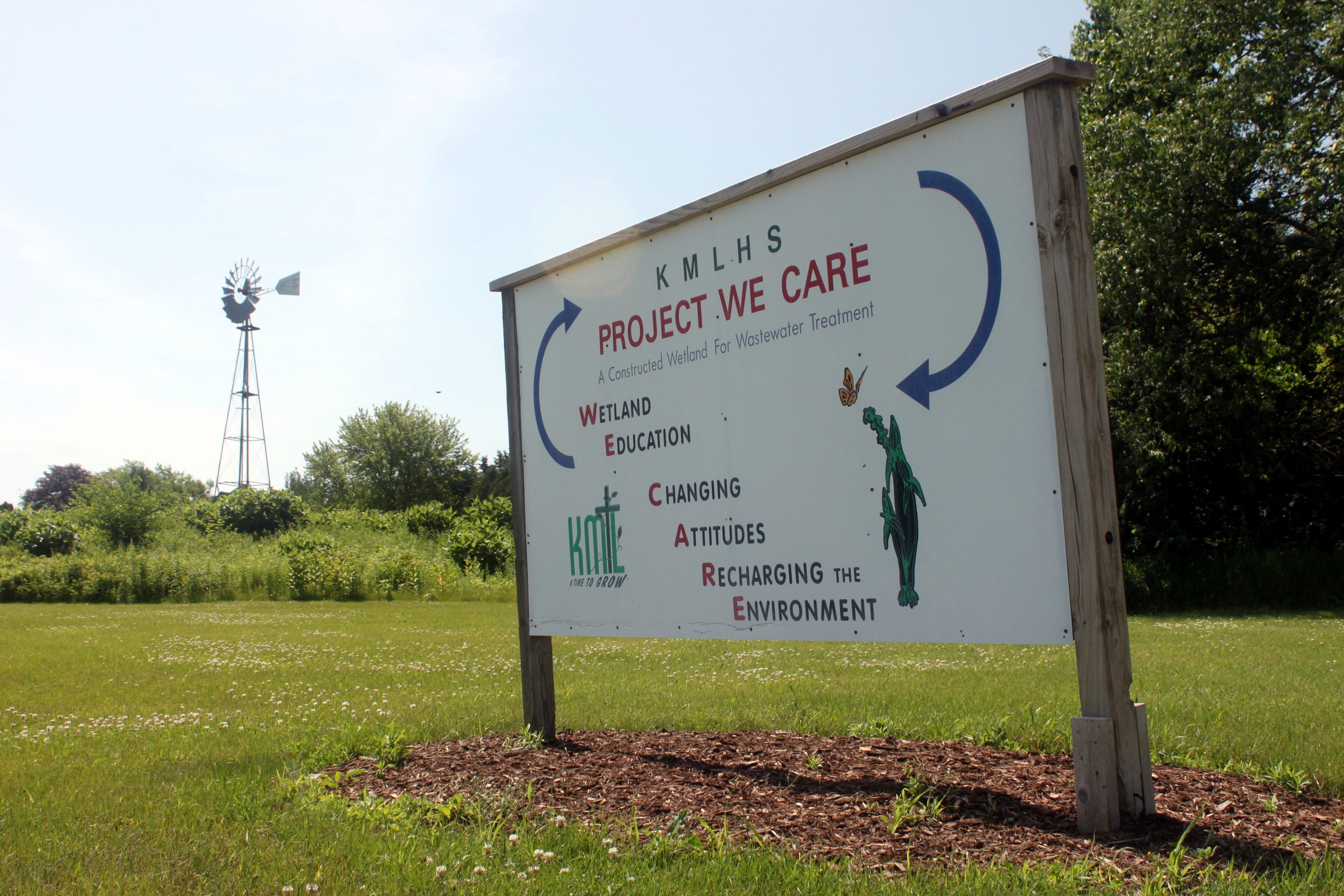 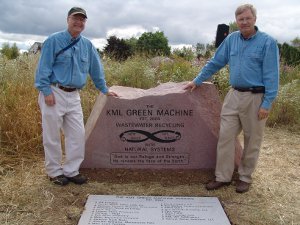 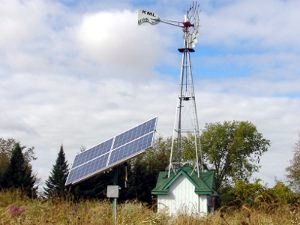 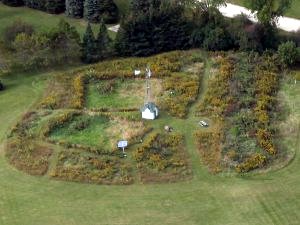